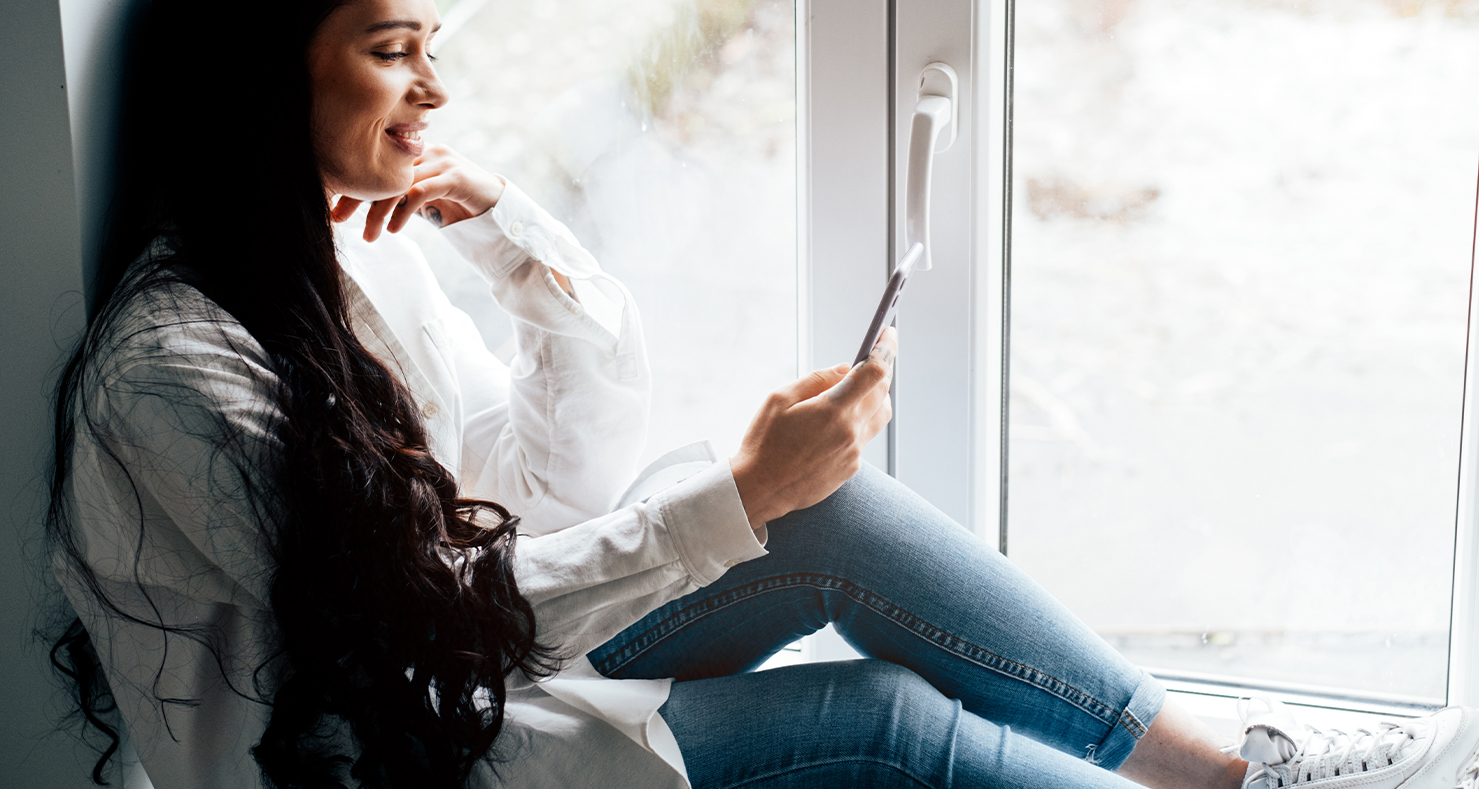 A few weeks ago I was blissfully scrolling through TikTok, as the kids do these days, when I stumbled upon a trend that brought me right back down to earth. Yes, it was the one where Gen Z called out millennials on their normie ways; from our local obsession with Harry Potter houses to Buzzfeed quizzes and right down to our outspoken love for coffee (gotta have my java!), nothing was safe.

In their trademark hyper-observant way, Gen Z not only hit the nail on the head when it comes to the subtleties that separate themselves from millennials, but inspired me to take a nice, long look in the mirror and realize: I am old.

When you hit the second half of your twenties, you have a choice to make: You can cling wistfully to youth in a fruitless attempt to remain relevant, or you can release your grasp gracefully like Jack at the end of Titanic, sinking into the depths of the freezing Atlantic. (Yet another 90s reference that ages me.) Around the time everyone started eating Tide Pods and YouTubers attended the Met Gala, I chose to let go. I was very happy with my decision to leave the #teens behind – until I had to start marketing to them.

I will preface this by saying: Effectively marketing to Gen Z is not only difficult, but an oxymoron in and of itself. The first rule of Gen Z-ing is to reject anything and everything that the mainstream expects you to like, which encompasses nearly every marketing campaign ever. This isn’t anything new; the alternative drive to reject The Man has remained inherent and consistent across teens for…ever. Some had safety pins and Black Flag, others had studded belts from Hot Topic and My Chemical Romance. We were there once, too. And channeling those roots is the only way we can even attempt to market to Gen Z today.

While it’s a challenge, nothing is impossible. Based on my experiences, statistics, and extremely legitimate, qualitative observations from 2-3 children of Redhead employees, here’s what works when marketing to “kids these days”:

Understand where they’re coming from.
Gen Z are mobile natives who grew up during a recession. From this, they’ve developed a number of positive traits that are common among most of the group: They are pragmatic, observant, smart, environmentally aware, independent, and constantly multitasking. Sure, they can be sassy. But I’ve gotta give them credit where credit’s due – they give me hope for the future sometimes.

Hit the right channels.
It likely doesn’t come as a surprise that Instagram, Snapchat, and TikTok reign supreme. According to Pew Research, 72% of 13 to 17-year-olds say they use Instagram, making it the second social media platform in 2020 (behind YouTube). Sixty-nine percent of that group uses Snapchat, which has become a primary messaging app, and 41% of TikTok users are between the ages of 16-24. And, though it should go without saying at this point, don’t waste your time on Facebook.

But also hit the channels you might not expect.
Because many marketers are already saturating Instagram, Snapchat, and TikTok, the more niche and underground channels are a strategic way to reach Gen Z. Explore advertising options on Discord, Twitch, SoundCloud, and Reddit. As hard as it is to believe, more than 14.6 million people on Twitch will elect to watch someone play Fortnite or tap their nails on a bottle for hours on end. Regardless of whether we understand it, these emerging channels can be an effective way to reach this specific audience.

Get on YouTube.
While I started to think Gen Z might finally be over YouTube by now, statistics show that’s not the case. Eighty-five percent of 13 to 17-year-olds say they use YouTube, making it the top social media platform in 2020. Video is king, and that’s where influencers come in – 7 in 10 digital video advertisers currently use influencers in their digital video advertising, and that number is rising.

Don’t put all your eggs in one basket.
For Gen Z, social media is a virtual ecosystem. Having grown up with smartphones in their hands, this demographic is constantly buzzing across platforms for hours every day. Balance advertising spend across a few channels instead of going big on just Instagram or Snapchat adds a safety net on your returns.

Be authentic.
Authenticity has become a buzzword that gets thrown around a lot in marketing, but it’s more important than ever with Gen Z. They are smart. They are perceptive. They can sniff out an inauthentic marketer like a millennial in a Yankee Candle outlet. (Yes, we got called out for candles too.) For that reason, don’t even try to fool them by hiding that you’re selling something. Instead, lead them to you by building a consistent lifestyle, visual aesthetic, and tone of voice around your brand.

Again, if you wish to attract the elusive assemblage that is Gen Z online, you’ll need to tread lightly, my friends. Be real. Be subtle. And be afraid – be very afraid. (Just kidding. Or am I?)